Yesterday was the last day of a 3 day workshop with the genuinely lovely and inspiring, Louise Anderson. Normally I feel a bit deflated and sad when a workshop comes to an end but this time I think I am feeling too energised and excited by the new possibilities to feel sad that I will not be meeting up with my classmates again. It sounds trite but this workshop really has changed how I look at even the most mundane of objects, I am noticing colours and shapes that I was previously oblivious to.

Louise is a lecturer from UCA, a university that I mentioned a few weeks ago, but she was teaching this course, Colour and Abstract Design for Textiles, from City Lit in London. To be honest I wasn’t really sure what to expect but it came recommended from another UCA lecturer so I signed up and kept and open mind, and I am so glad I did!

The first half day was spent on the basics of colour theory, a favourite topic of mine and one I would have happily spent all 3 discussing. Then we moved onto using view-finder techniques to find interesting combinations of line and shape from various still life objects. The second day was spent predominantly working from photos for inspiration and the 3 day for me was spent working with scale and repetition (I went off on a bit of tangent here, I don’t think this was intended to be part of the class). 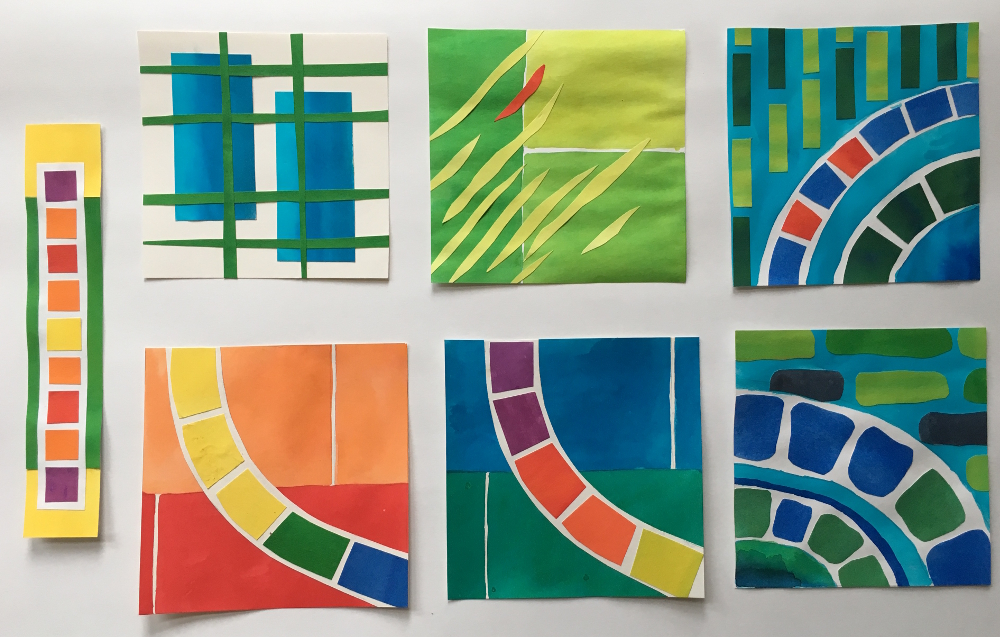 This next series was derived from the photo on the left, the panel in the top right was drawn from the photo while the panel below was a more geometric representation of the one above, focusing on the elements I found most pleasing.

Then I played with repetition and scale, out of all the designs this is the one (or at least sections of it) I can see myself translating into felt and fabric prints. 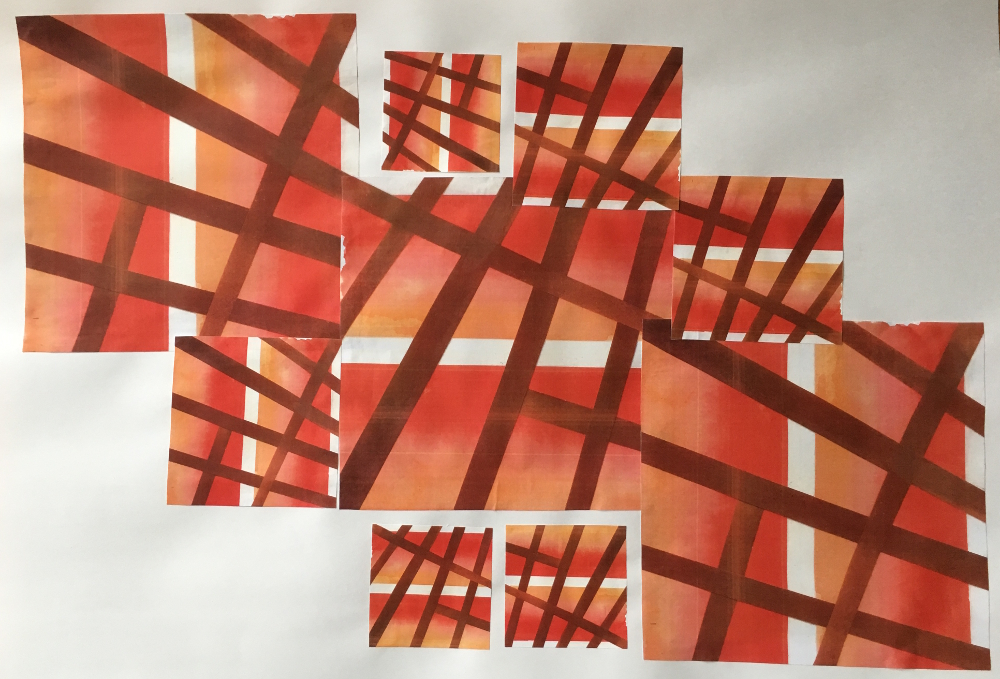 This next one solicited the most interest from my classmates, this is it after playing with scale and repetition. 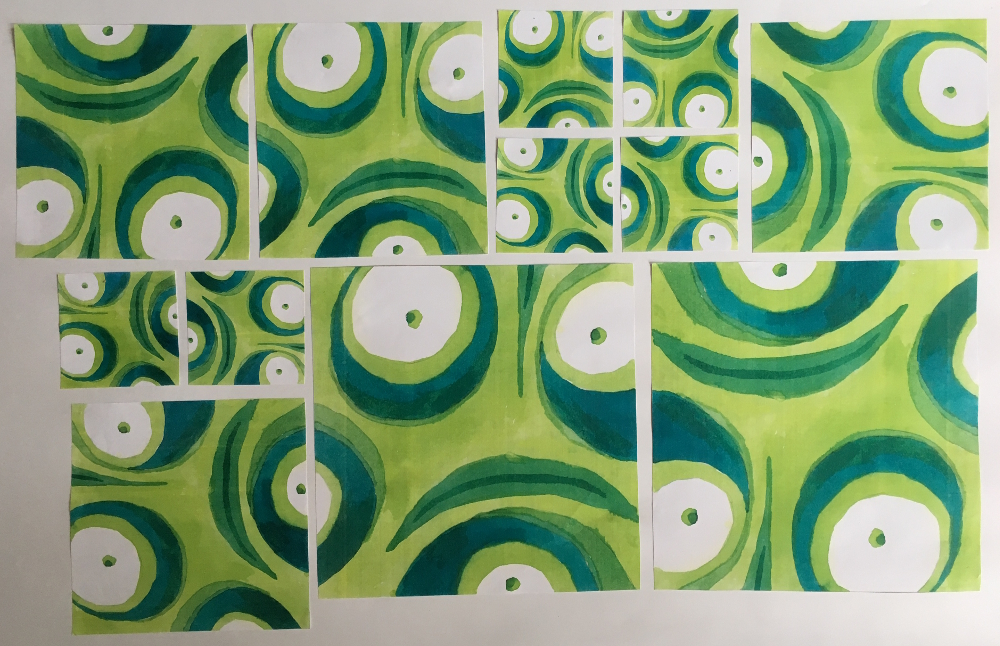 I’m not sure I like the large layout, it is too chaotic and makes me feel tense just looking at it, but small sections of it are appealing and worth further exploration… 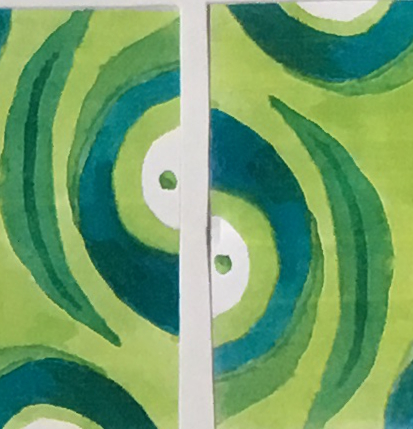 We also had a brief discussion about rust dyeing as part of the “how to translate your designs into textiles” segment, so when I spotted a rusty, ornate metal plate in the garage, I had to give it a go didn’t I? 🙂

For a first attempt a rust dyeing I am enormously impressed with the results, the print is far clearer that I expected and it only took 2 hours (I was told to leave it for 2 days but could see the rust seeping through after just 30 min). On the left is cotton muslin and the far right is a scrap of habouti silk. 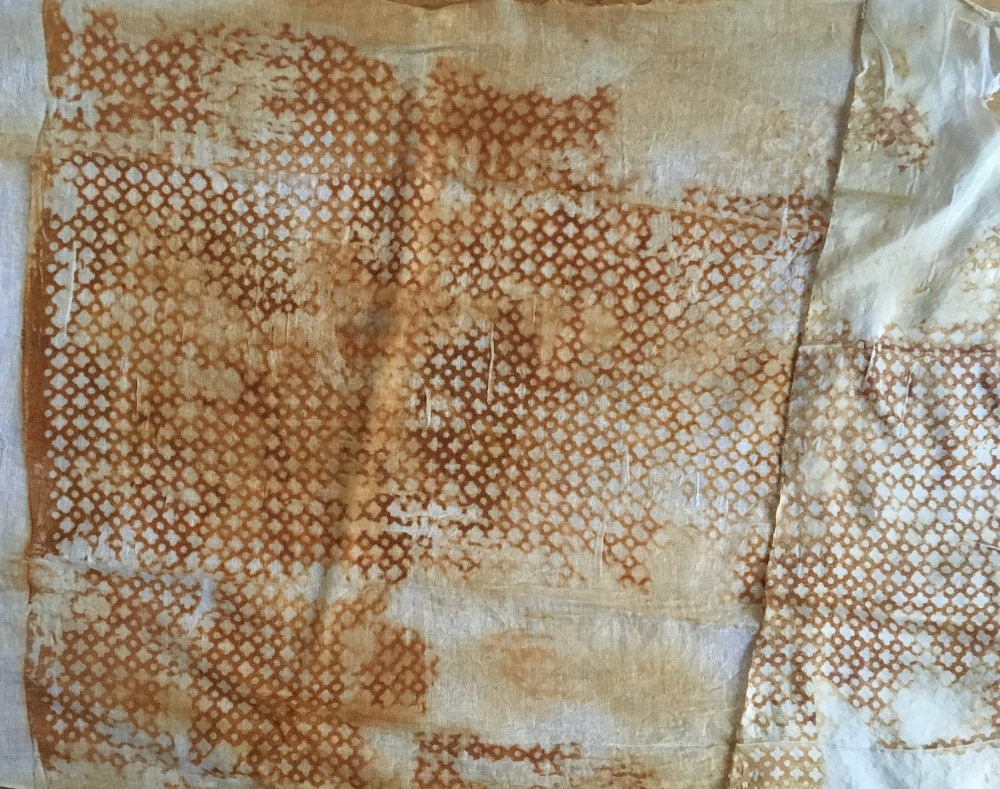 A close up of the cotton print… 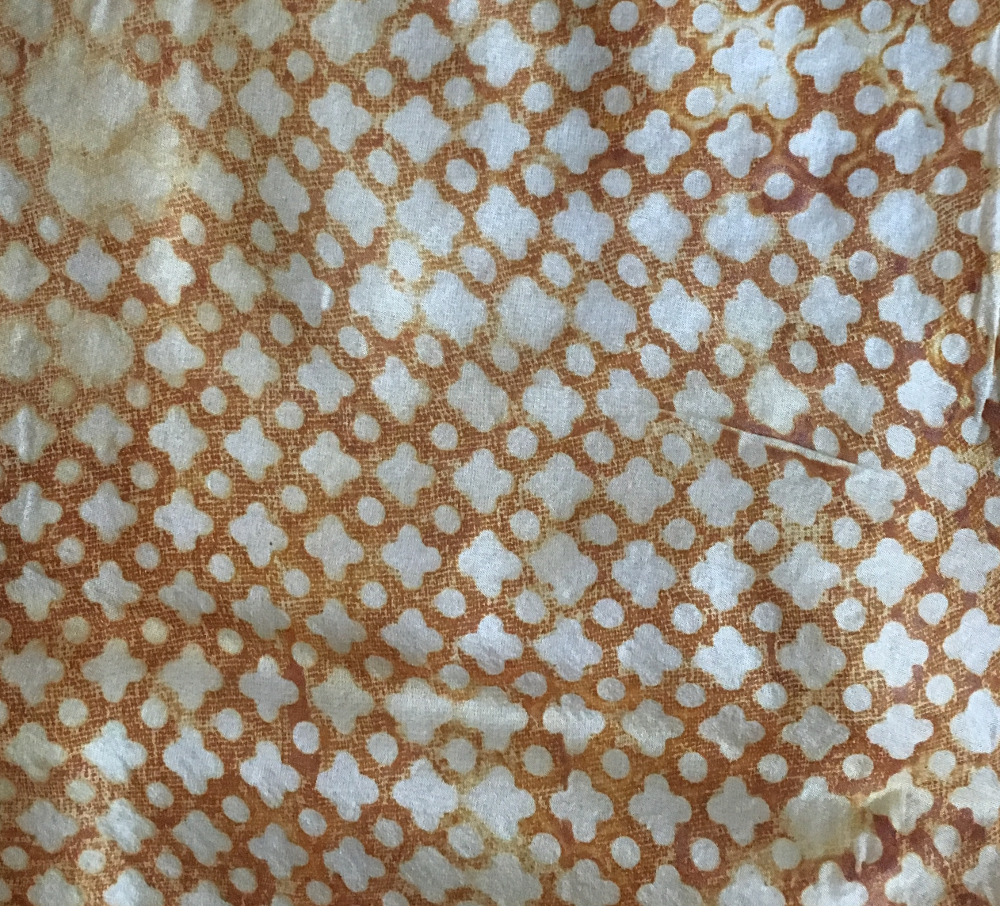 I have already wrapped another piece of cotton around the plate for attempt number 2, fingers crossed it is as beautiful as the first! 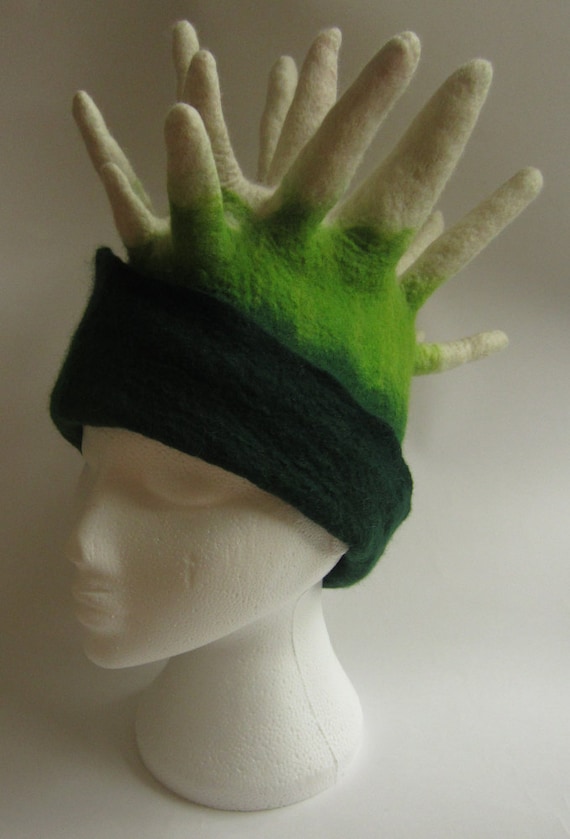 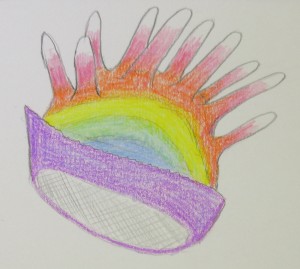 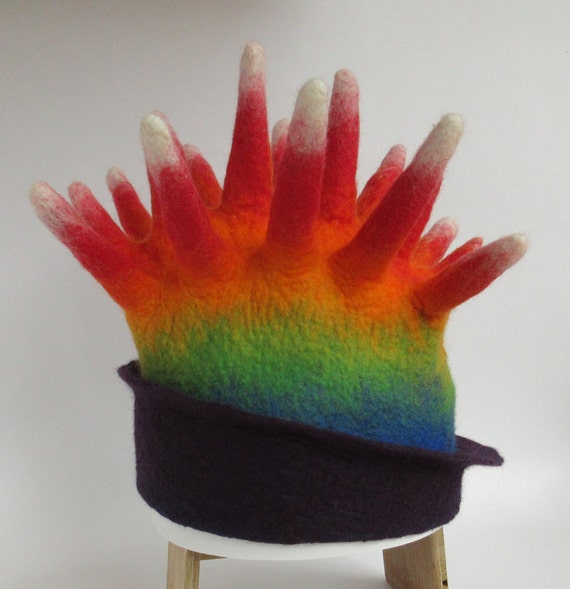 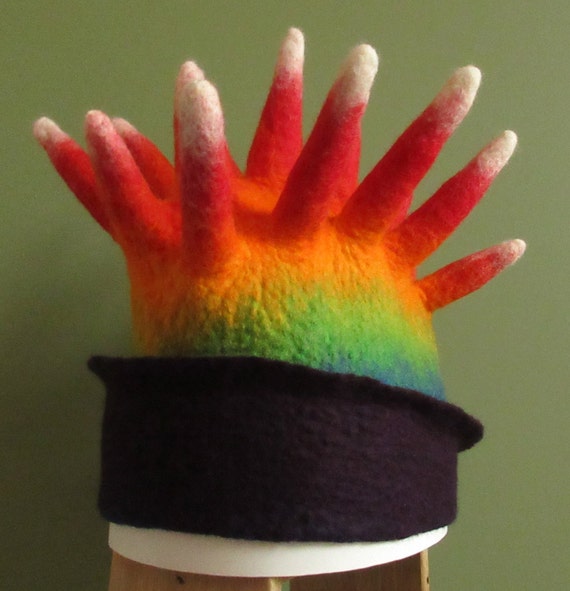 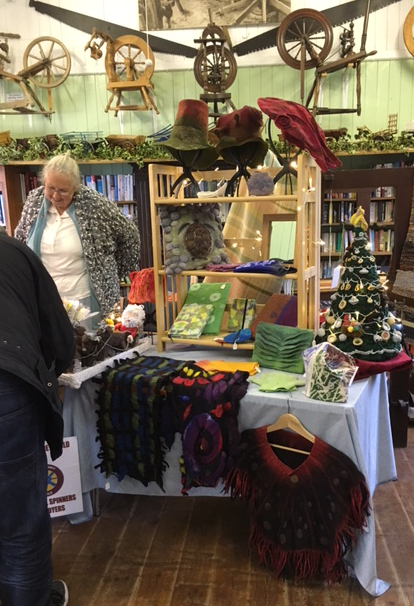 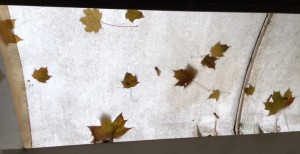 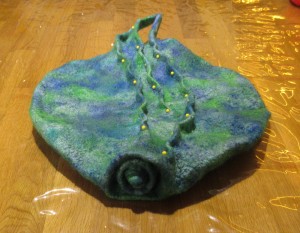 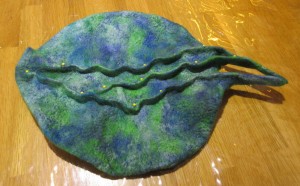 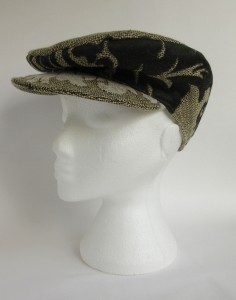 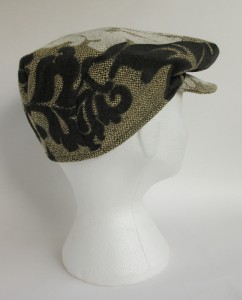 I started 2014 with a handful of objectives:

Here’s how I feel things went (with a few pictures of my favourite pieces to break up the text):
1. I haven’t really spoken about this on my blog but mounting stress at work combined with a family bereavement and months of legal battles trying to get rid of the tenant from hell led me to have a bit of an emotional wobble in the middle of the year that saw me signed off work for 4 weeks.  I am more grateful than I can express that my employer also let me take a couple of months of unpaid leave, especially given the rest of my department have been leaving in droves and there is a hiring freeze. Long story short, I spent 3 months almost exclusively being creative and making felt. It was heaven and just what I needed! 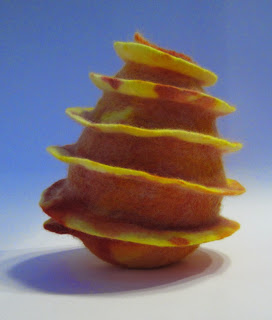 2. Taking 3 months off work was a bit of a cheat here but I was doing pretty well on this one, averaging 2 or 3 pieces per week. Towards the end of the year I set myself an additional goal of listing 90 items on Etsy by Thanksgiving, it was close but I did it and my sales have increased in the last quarter but I can’t be sure if that was due to the Crimbo rush or my increased presence on the site. 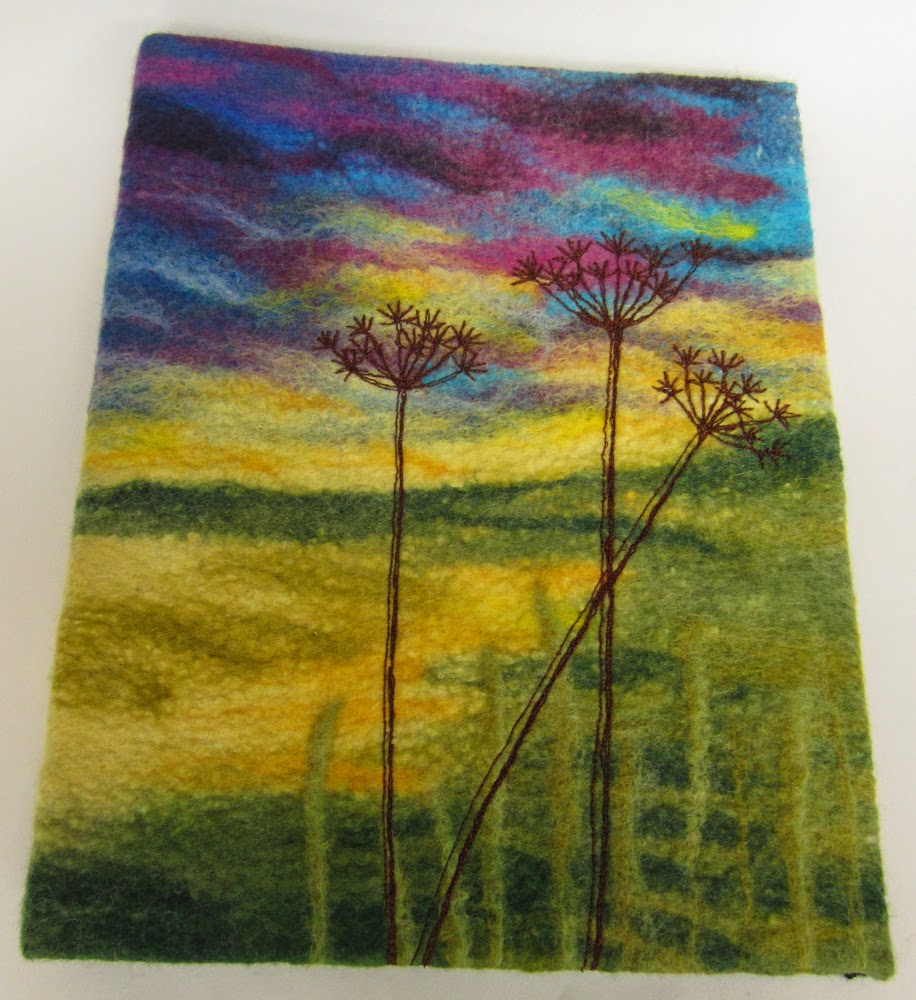 3.  I did scout out a few craft fairs and was shocked to find that fair organisers will charge upwards from £20 but provide very little or no advertising (they apparently expect the stallholders to do that for them!). I felt really sorry for the handful of jewellery sellers at one fair, quietly waiting for customers to arrive. Needless to say I didn’t sign up to those fairs. Of the events I did sell at, those I attended with my local Guild of Spinners and Weavers were the most enjoyable and lowest risk (they just ask for 10% of any sales, so no sales = no charge). 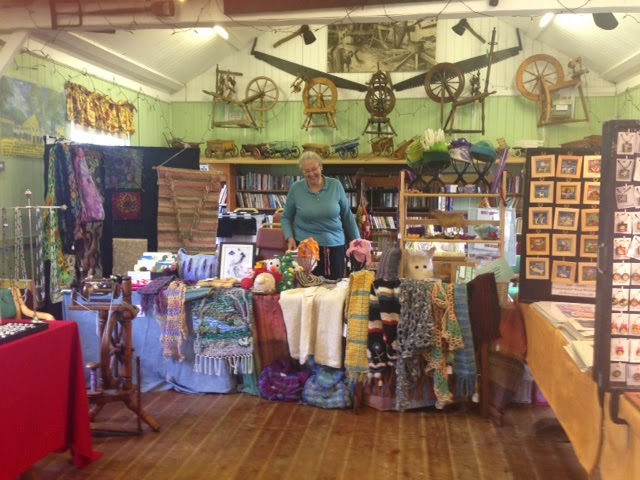 4. Regular readers of this blog will already know I did achieve my C&G qualification and received my certificates in November. It was an interesting course and I learned a lot and did some strange things with paper and card that I am sure I would never have done if left to my own devices. I also feel blessed to have spent 3 days with Yvonne Habbe in May and 6 weeks with Fiona Duthie in October her online SDO course. Both are excellent and generous teachers, and come highly recommended. I would like to study feltmaking further but think I would benefit from more face to face teaching. 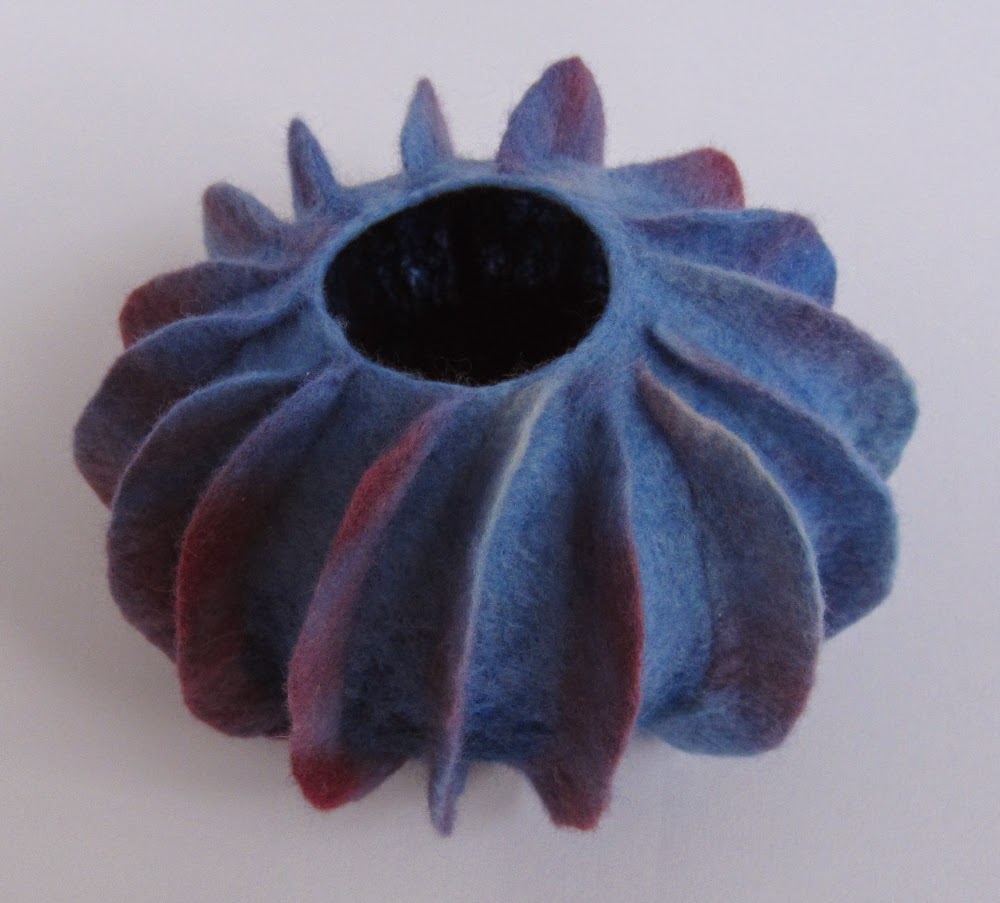 5. July was a struggle with only 2 posts but most other months my enthusiasm for blogging has shone through and this blog reached its centenary just a few weeks after it’s first birthday (that’s an average of nearly 2 posts per week). This goal has had the unexpected benefit of pushing me to make time to be creative, even when I feel overwhelmed by the rest of my life and just want to curl up into a ball, knowing that I needed something creative to share on my blog has proved to be a useful tool to drag myself out of self pity. On a related note, and after much encouragement from friends I finally set up a Facebook page too. So now I have 2 portals to keep me out of the doldrums 🙂 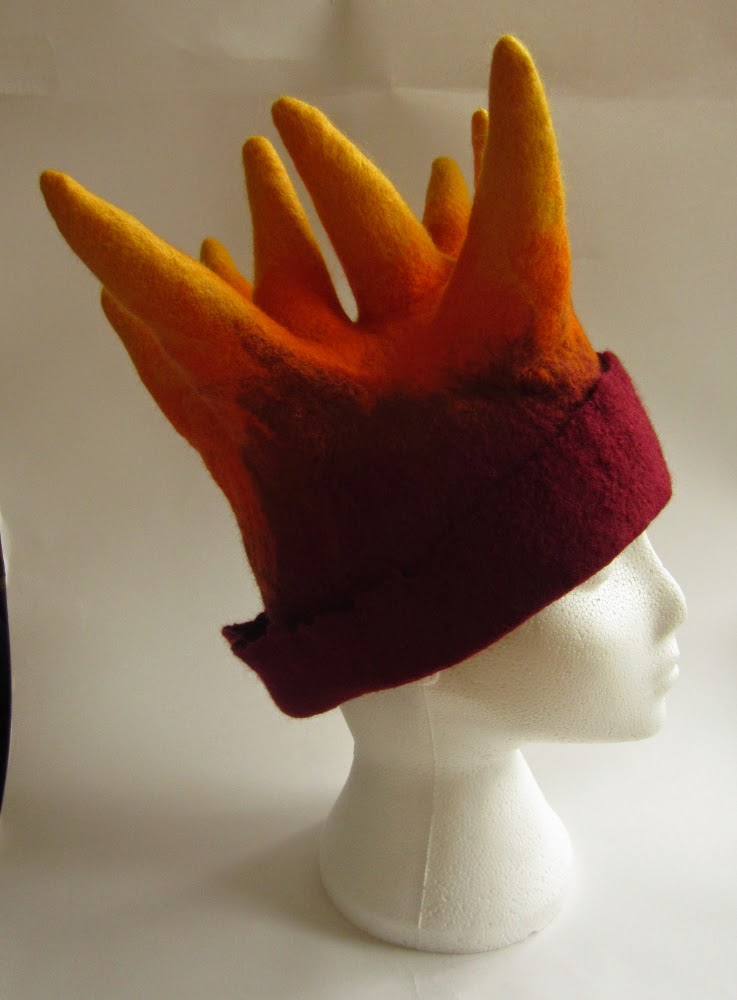 The New Year is just round the corner, I need to put my thinking cap on and decide what goals I would like to reach in 2015. What are your goals? Where would you like to be in 12 months’ time? 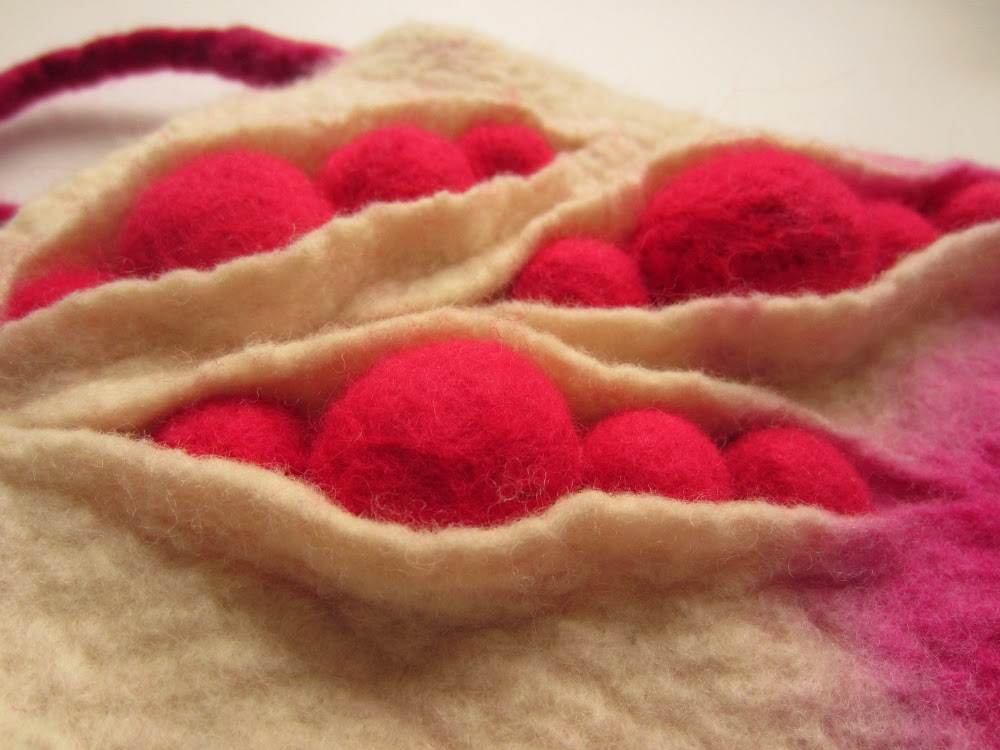 Here we are again, another month passed by in the blink of an eye….

As a recap, these are the goals I set myself at the beginning of January:

Overall it has been a busy, and I think successful moth:
On the whole a very productive month despite the flaky start.